Background: I was going to Colorado and I didn't know anyone to train with. Normally I go to Google to give me a school to reach out too but this time I decided to try something different. I participate in a forum LinkedIn and decided to ask my network if they knew anyone that I could learn from. A friend of mine, Matt Relyea, told me that I had to check out the "School of Chinese Martial Arts." An email and phone call later I was having coffee with Shifu Wayne Hinton.

After a great conversation where we discussed our past training and where we had both come from Shifu Wayne took some time to work with me personally before class started. On his floor I noticed that there were two triangles. I have seen triangles in almost every Martial Art I have visit. They are a fundamental piece of architectural engineering due to the strength that the structure creates. The strength they confer on the human body is no different. 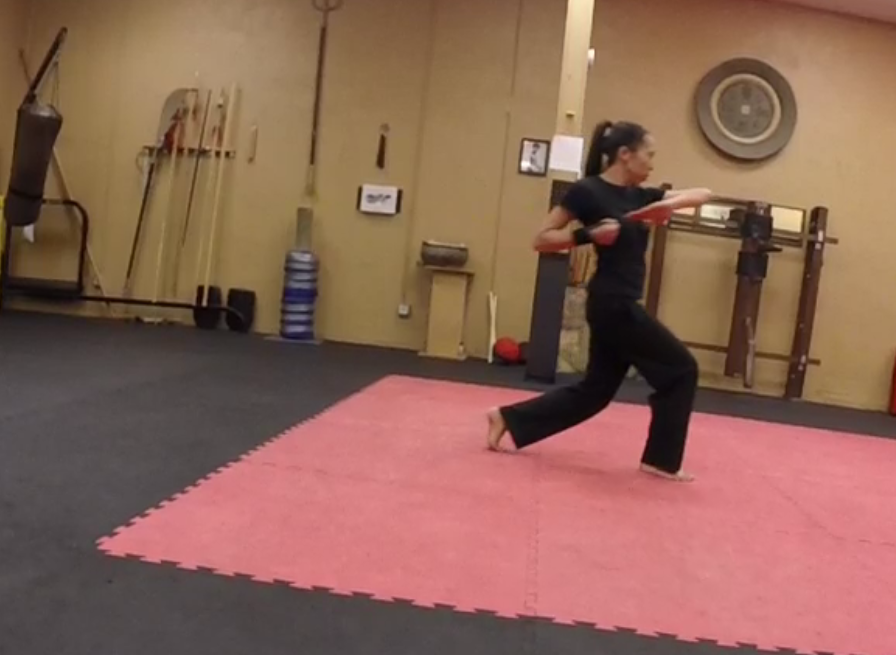 Lohan Kung Fu can be beautifully graceful and wickedly powerful.

When Shifu Wayne took me over to the triangles and asked me what I saw. I talked about structure and strength and how the triangle granted both. He smiled and then added to my answer pointing out that the triangle on the floor also showed how to take structure. To illustrate the point he shoved me straight on. Predictably, I rocked back on my rear leg and returned to my fighting stance. Taking a step to the side he gave me a much gentler push. No longer able to brace myself I rocked back and ended up pedalling through the air to catch my balance.

Shifu Wayne pointed out to me that we are all essentially three-legged tables that only have two legs. You need to understand not only your own structure but your opponent's as well. It was a pertinent lesson that you need to not only focus on yourself but on yourself but on your assailant as well. Quoting Sun Tzu, "If you know the enemy and know yourself you need not fear the results of a hundred battles*." 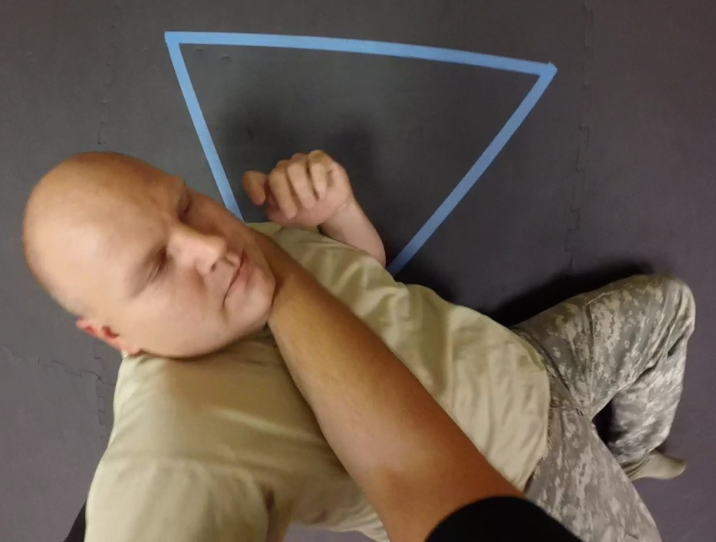 Takedowns on triangles. Sifu Wayne gave me a great lesson on balance.


What did I Learn: Lohan Kung Fu is characterised by large swing hands. Their big movements are designed to help a fighter generate the maximum amount of power possible. There are several very good reasons to train like this. First, you can offset relative strength. There will always be stronger fighters and you may require additional power to win the fight. In the Lohan system you use body mechanics to build that additional power which can give a "weaker" fighter a strength advantage over a much "stronger" opponent. 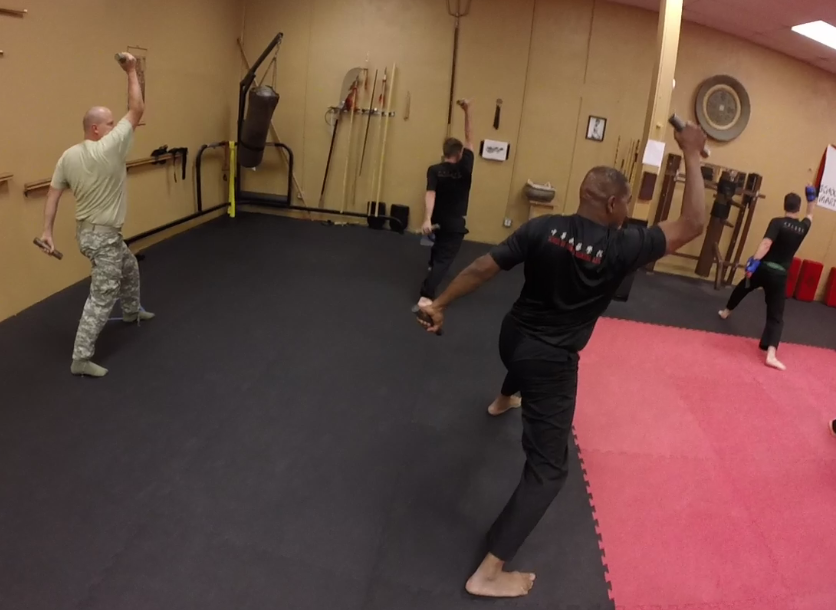 However, the second reason is even more important. These big movements teach you to carry through on your strikes. A friend of mine, Paul Ingram of the Kali Center, often says "under pressure you will perform at your lowest level of training." I have seen really good fighters begin to choke under stress and begin to pull their punches. Once this happens that fighter is no longer committed to the attack and they get picked apart.

Lohan Kung Fu gets fighters to always commit to their attacks. When Lohan fighters fall back on their training they are always active and always striking. Some of the striking might look wild but techniques are sound and aggression has its own value. Roy Nelson, a Kung Fu practitioner, uses these techniques all the time to lay fighters out in the UFC. Similar techniques always give him a "puncher's chance" and he seems to chance on luck a lot. After all, a good defense is a strong offense. 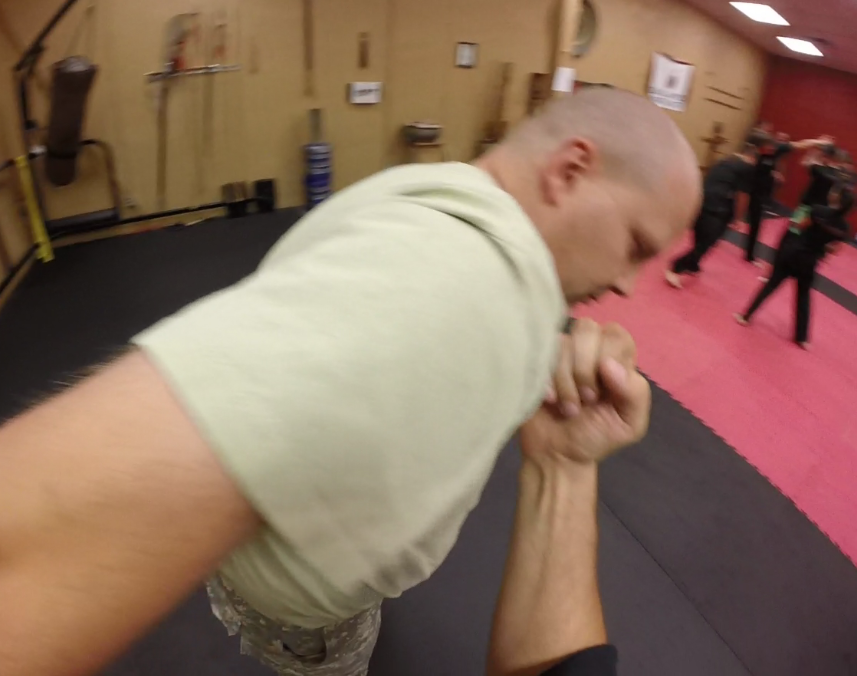 Take out the weights and the techniques just flow.

What was Awesome: Coming from a Kung Fu background I loved the atmosphere of a traditional school. But what really stood out to me was the philosophy of "many trees, one forest." You will see this quote on the website and in everything that Shifu Wayne is teaching. When I spoke to with him, Shifu Wayne explained to me that a number of his students had backgrounds in numerous Martial Arts. He had two choices, he could try to remake each student in his image or embrace the differences in his charges.

Thankfully, Shifu Wayne has chosen to embrace to the later. Instead of forced conformity he provides a framework for his students to follow but encourages them to add their own flavour. By giving a structure and system the students have all the tools they need in order to effective fighters yet the freedom to grow and experiment. 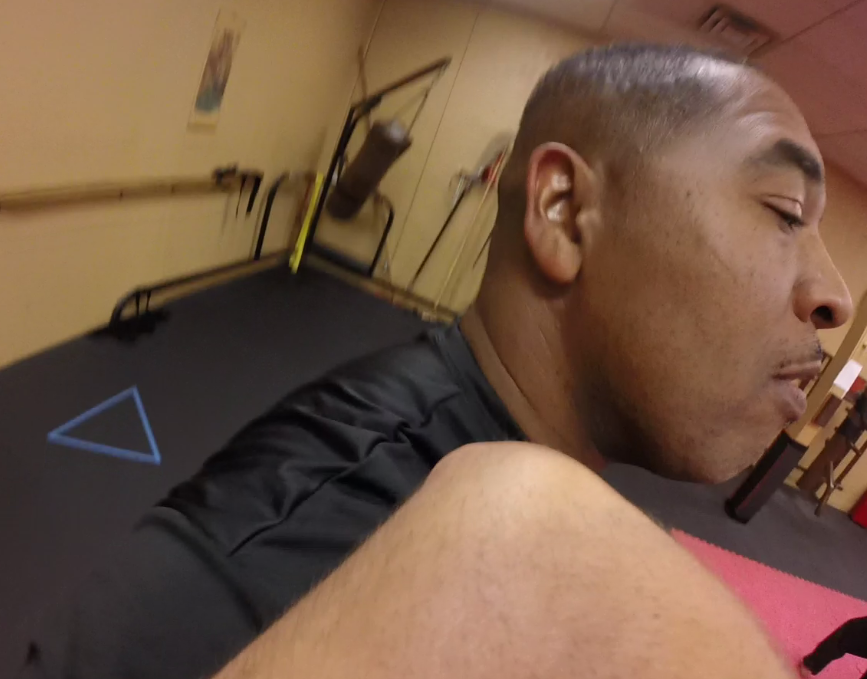 Continuing to drive forward I crash into my partner.

Conclusion: I had a great time with Shifu Wayne learning about Lohan Kung Fu. It is both amazingly simple and incredibly complex. I can see why the basic techniques are staples of top MMA Fighters. Kung Fu will always be a balance of grace and raw power. Lohan Kung Fu has both these qualities in spades. 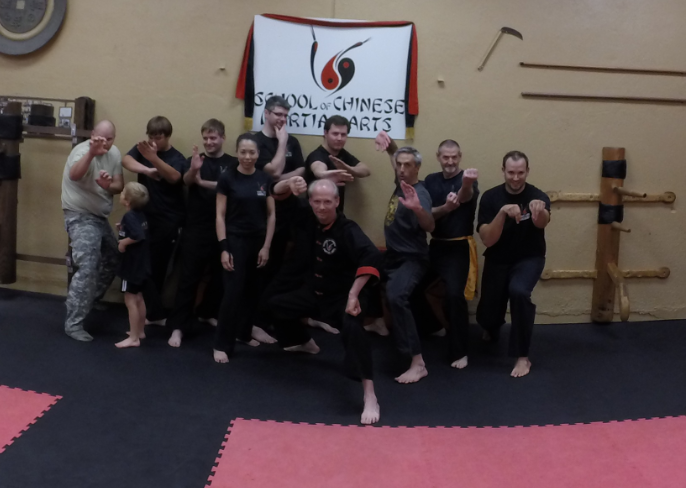 * Translating ancient texts is always tough and I found a couple of translations of Sun Tzu's words. If you don't like my translation you can find plenty of other takes on the saying at: http://www.brainyquote.com/quotes/authors/s/sun_tzu.html#l3etShClpRv2myDP
Posted by Unknown at 10:43 PM No comments: