How to Engage Anyone: The Four Circle Method

“Hey Coach? How would I defend myself against this guy?” Questions like this can be heard in Martial Arts schools across the world. The reason it is asked over and over again because of the terrifying prospects of being forced into an engagement and not knowing how you should handle it. As a global traveller I have had the privilege to train with fantastic Martial Artists from coast to coast. While this has provided me with unique training opportunities it has also meant I am always working with different people, body types and styles. Consequently, very early into my travels I had to deal with the incredibly complex question of how to engage any opponent.

In order to accomplish this I fell back on Occam’s Razor as a guide. I wanted to make as few assumptions as possible while raising my odds of success. You obviously can’t “beat” everyone but you can improve your ability to fight back. 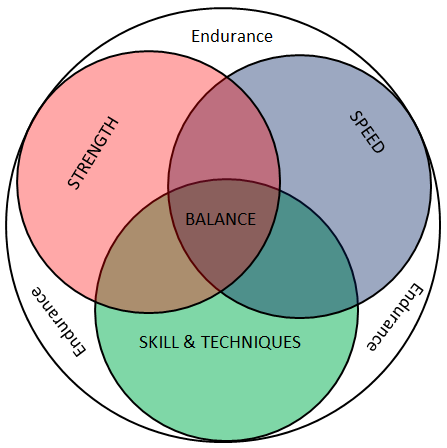 The Four Circles comprise of three primary circles that overlap inside the larger circle of endurance.

The Four Circle Method has three primary circles, Skill & Techniques, Strength and Speed. Surrounding these is the larger circle of Endurance. This enforces the mindset that none of the circles can exist without each other. For example, you cannot throw a punch without Strength or Speed or if you don’t have the endurance to lift your arm. Everything is connected but you can use more of one attribute over another.

With a quick glance over your opponent you can make a series of snap judgements. Is my opponent stronger? Do I think they are quicker or more athletic? Does this person look to be more skilled or simply more proficient at their art? Based on this momentary information you now have a basis to engage your opponent or opponents. 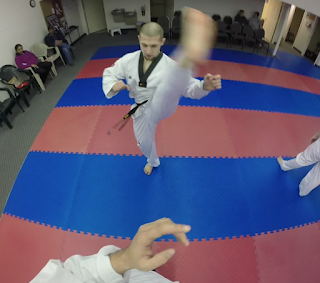 You may need to make that snap judgement very fast.

The goal is to get to balance point at the joining of all three circles. If you can then you will largely control the fight. Short of a lucky punch, which does happen, your opponent’s only hope is to wear you down with and hope that their conditioning will outlast yours. Simply put if you are stronger, faster and more skilled than your opponent you should be able to successfully engage the opponent.

However, realistically you will only control two or even one of the circles. Smaller opponents will likely be faster, while larger opponents will often have a strength advantage. It is hoped that in a real confrontation you will hold the edge in skill and technique, yet once more, this isn't always the case. 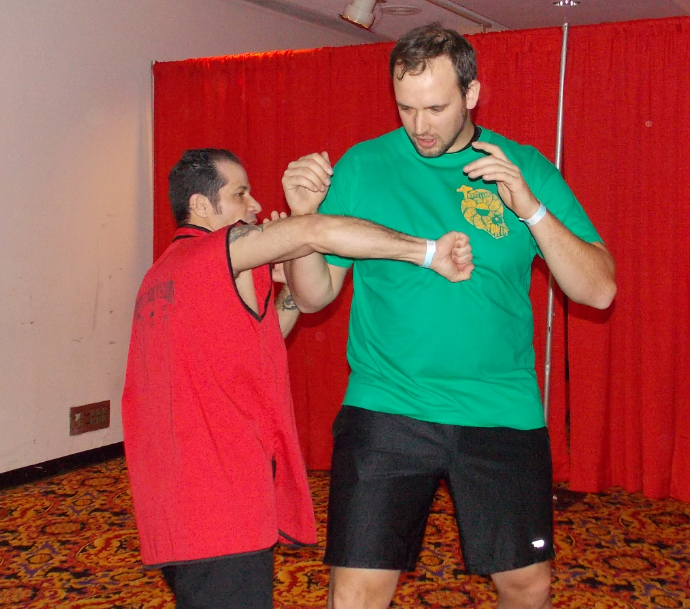 My friend, Sifu Tom, is highly skilled and given our relative body dimension faster. However, I can surmise that if I use it properly, my size likely confers a strength advantage.

Looking at the circles they tell you your best method of engaging an opponent. If you are facing a stronger opponent then you need to hit them with blisteringly fast techniques and technical combinations that change levels and work angles. If you were rolling with an opponent you and using your speed you might be transitioning positions and forcing your opponent to deal with attacks from all sides. You also hold the advantage that by controlling two of the three primary circles you should be burning less energy by fighting in a more efficient manner.

If you only control one of the circles then you are forced to acknowledge that you are burning more energy than your opponent.  Should you only control the strength circle you can’t compete with fast slips and trading combinations. This would be a moment to return to your basics. When working in the strength circle think "heavy." Big punches, elbows and knees are basic techniques that hit hard. If you were on the ground grinding your opponent with a strong mount or side control is another way to look at it. 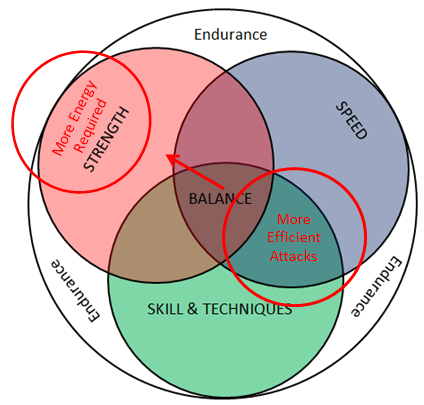 The more circles you control the less energy you need to expend.

The Skill & Technique Circle needs to be addressed as it is often over valued in many cases. There is plenty of evidence that shows “masters” losing to someone that can hit hard and fast. If you only control this circle beware the fighter with fast, heavy hands or the beast that just flattens you on the ground with a linebacker tackle. A snapping jab and thunderous cross have ended many fights and are among the first techniques you learn. Should you find yourself in this situation you need to pull out your more “advanced” tools. This could be the time to throw a rolling kneebar or spinning hook kick. 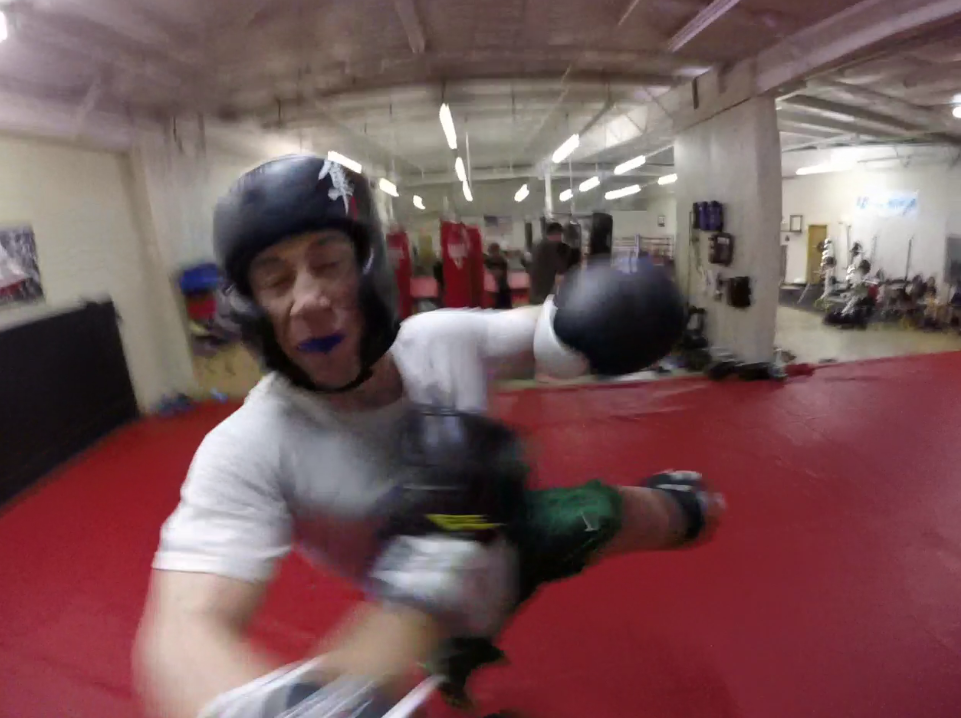 A Superman Punch is a great example of a more advanced technique to end a fight.

The final circle that surrounds the three primary circles is the endurance circle. This is perhaps the most important circle of all. You might control a fight but if you can’t sustain your advantage the tide will shift against you. The example that comes to mind is Brock Lesnar versus Shane Carwin for the UFC Heavyweight Belt. Carwin spent the first five minutes demolishing Lesnar in every aspect of the match. However, out of energy, Lesnar rebounded in the second round and won the fight. His endurance allowed him to continue despite being hopelessly overmatched at first.

In conclusion, this strategy may not allow you to win every time but it will significantly raise your odds of success. Dog Brothers Martial Arts has a moniker that I like which goes, “Die Less Often.” It is impossible to always win but it is always possible to increase the likelihood of a favourable outcome.